Doctor Vass was the first urologist in Australia to obtain a laparoscopic fellowship. He is a member of the Australasian, American, British, and European Urological Societies and also a lecturer at both the University of Sydney and Macquarie University School of Advanced Medicine.

Doctor Vass has lectured and demonstrated minimally invasive techniques in many parts of the world. Currently, he is an active member of the Multidisciplinary Cancer Care Team at Royal North Shore Hospital Urological Cancer MDT. 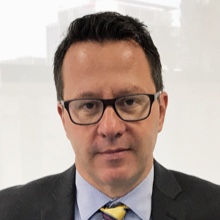